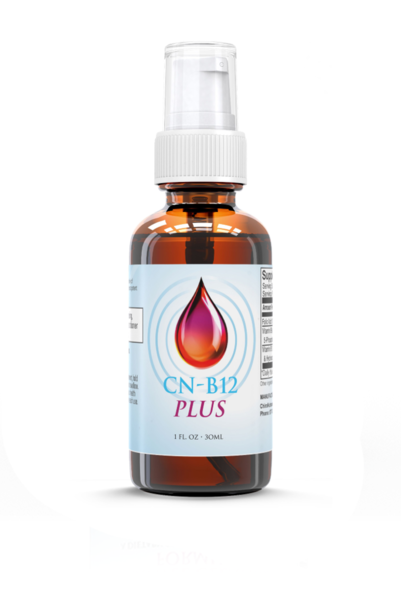 What is Methylcobalamin?
Methylcobalamin is the active form of vitamin B12 that acts as a cofactor for methionine synthase in the conversion of homocysteine to methionine, thus lowering blood levels of homocysteine. Methylcobalamin acts as a methyl donor and participates in the synthesis of SAM-e (S-adenosylmethionine), a nutrient that has powerful mood elevating properties. Vitamin B12 can be absorbed sublingually, orally, and in a doctor’s office it can be given by injection. Methylcobalamin is one of the two coenzyme forms of vitamin B12 (cyanocobalamin) but methyl form is used in the central nervous system. Vitamin B12 plays an important role in red blood cells, prevention and treatment of anemia, methylation reactions, and immune system regulation. Evidence indicates methylcobalamin has some metabolic and therapeutic applications not shared by the other forms of vitamin B12. Methylcobalamin donates methyl groups to the myelin sheath that insulates nerve fibers and regenerates damaged neurons. In a B12 deficiency, toxic fatty acids destroy the myelin sheath but high enough doses of B12 can repair it.

Why It Is Important?
Japanese scientists identified a form of vitamin B12 that protects against neurological disease and aging by a unique mechanism that differs from current therapies. Some of the disorders that may be preventable or treatable with methylcobalamin include Parkinson’s disease, peripheral neuropathies, Alzheimer’s disease, muscular dystrophy and, neurological aging. Americans have immediate access to this form of vitamin B12, and unlike prescription drugs, it costs very little and is free of side effects. Vitamin B12 is a general label for a group of essential biological compounds known as cobalamins. The cobalamins are structurally related to hemoglobin in the blood, and a deficiency of vitamin B12 can cause anemia. The primary concern of conventional doctors is to maintain adequate cobalamin status to protect against anemia. The most common form of vitamin B12 is called cyanocobalamin.